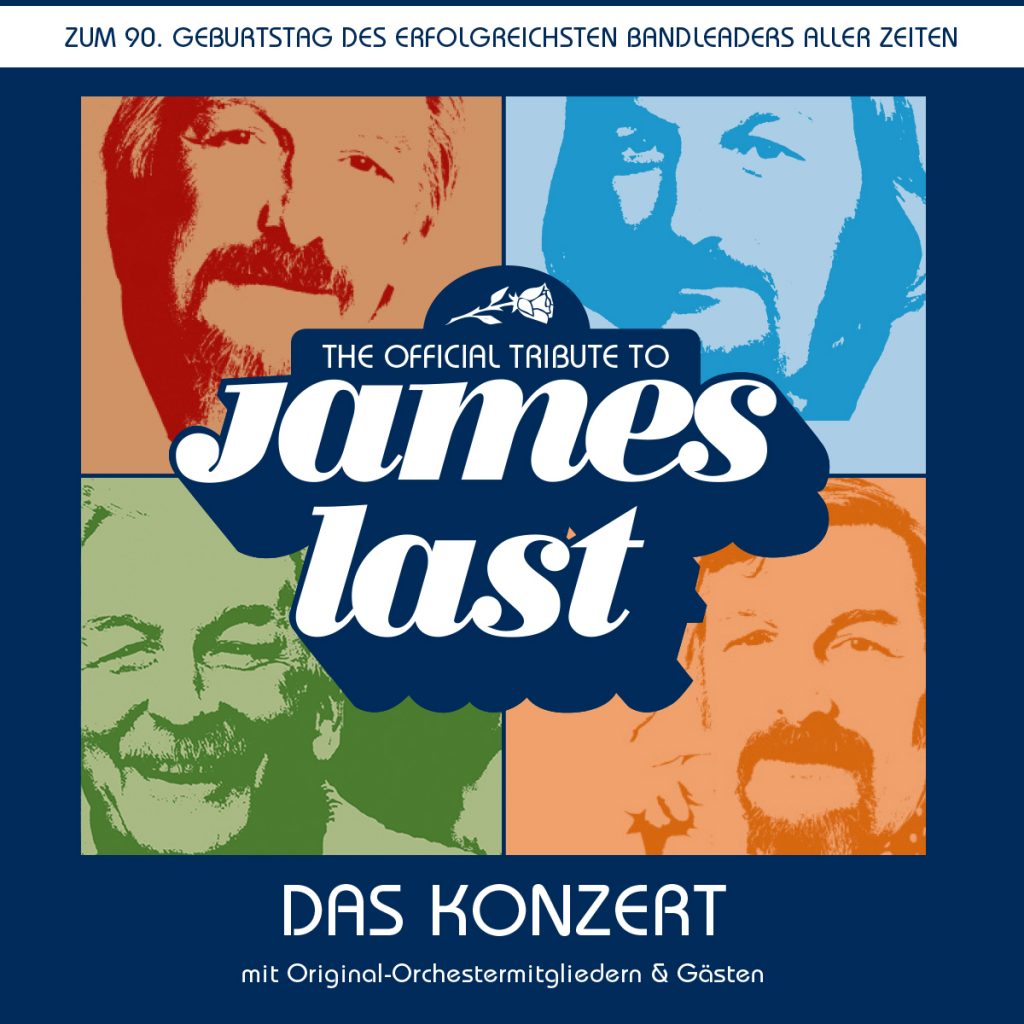 THE CONCERTS “THE OFFICIAL TRIBUTE TO JAMES LAST”

The concerts scheduled for April/May 2019 as part of “The Official Tribute to James Last” will not take place.

Unfortunately, demand for these events is not proving to be as strong as we had expected, is not in line with our experience, and is not enough to justify the production’s high cost.

It is with a heavy heart and only after intense deliberation that we take this decision.

Any tickets already purchased can be returned to the booking offices where they were purchased.

To some people he may have been the inventor and pioneer of easy listening, to others Bremen’s uncrowned “Party King”. He had an incomparable knack for celebrating opulently orchestral pop music yet never forgot his love of jazz. Time and again, he could be found devoting his big band’s powerful drums, fantastic trumpets and expressive strings to unconventional musical crossover projects.

James Last would have celebrated his 90th birthday in 2019. That means there’s no better opportunity than this to follow his life’s motto – non-stop music – and honour him with an extremely special series of concerts: After having worked closely at James Last’s side for many years, a devoted team will present the biggest hits of his approximately 50-year career, live on stage. Many former members of his orchestra, plus a few of the best musicians Germany has to offer, are joining together with his former managers and the Last family to rekindle the memory of James Last.

The “New James Last Orchestra” will be directed by Lutz Krajenski, one of Germany’s foremost pianists, arrangers and band leaders. “James Last and I definitely have at least two things in common – our love of music and our desire to use that music to make people happy. That’s why having the chance to be a part of this tour and pay tribute to Hansi’s musical legacy isn’t just a great pleasure, it’s a huge honour,” explains Lutz Krajenski in eager anticipation of this unique and exceptional role.

The “Official Tribute to James Last” series of concerts is an homage to an artist who left behind a enormous musical and personal legacy in the history of German music. Every arrangement will remain as faithful as possible to the original without completely refraining from incorporating a few new musical inspirations. Just as James Last, who always infused his programmes with new ideas, would have wanted it.

Speaking on behalf of his family, his wife Christine said:

“I miss Hansi. Everybody misses him greatly. It’s hard to get used to living life without him. His incredible approach to life, his optimism and his music – I miss him dearly. That makes me all the happier to know that Semmel Concerts is organising a tribute in honour of his 90th birthday – a series of concerts that will bring his music back to the stage. After all, tomorrow is another day and this marks the creation of something new, just as Hansi would have liked it. A birthday party and a call to ‘keep on going!’ – that was his life’s motto.”

The “Official Tribute to James Last” series of concerts invites you to dream, dance exuberantly and celebrate. It will also present previously unseen footage offering exclusive insights into the life and career of this exceptional musician.

According to the agency’s business manager Dieter Semmelmann:

“My team and I were at Hansi’s side for quite a long time. This concert tour is our way of keeping his memory alive, celebrating him and thanking him. Hansi was always a forward-looking person and these concerts will be no different. Innovative and with music par excellence – that was always Hansi’s aspiration. In keeping with our sense of solidarity with him and our friendship, many of his musical companions and orchestra musicians, choir and string players will join together with new musicians under a new musical director to present an amazing concert experience.”

Semmel Concerts Entertainment was James Last’s global tour organiser during the last two decades of his creative career and still feels a strong bond with him.

Through this upcoming, impressive series of concerts, we want to ensure that the fabulous melodies and compositions of James Last are no longer in danger of languishing in vast music archives and the live feel of his music is not lost. Look forward to an extremely special musical highlight, to the enormous musical cosmos, energy and spirit of James Last, enriched by new ideas and bursting with a treasure trove of memories. Just as he would have wanted it:

The party goes on!